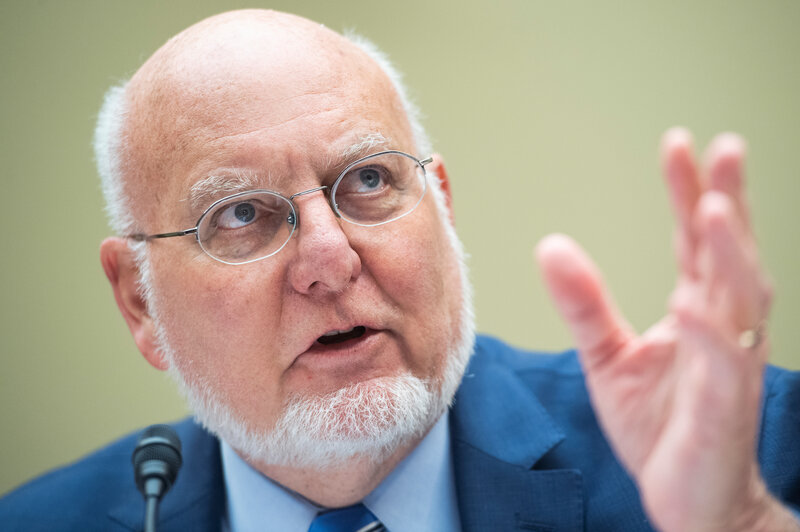 It’s the question on everyone’s minds: What will it take for us to come out of this period of extreme social distancing and return to some semblance of normal life?

It turns out that the Centers for Disease Control and Prevention has been working on a plan to allow the U.S. to safely begin to scale back those policies. CDC Director Robert Redfield spoke with NPR on Thursday, saying that the plan relies on not only ramped-up testing but “very aggressive” contact tracing of those who do test positive for the coronavirus, and a major scale-up of personnel to do the necessary work.

Contact tracing is the process of finding and reaching out to the contacts of someone who tests positive for an infectious pathogen. Those contacts are then quarantined or monitored, and if any of them are also positive, the process is repeated with their contacts, and on and on, until the chain of transmission is halted. It’s a labor-intensive, time-consuming practice that for decades has been a fundamental public health tool for containing infectious diseases.

Contact tracing was used in Seattle and parts of California early on in their coronavirus outbreaks, but as community spread took hold, many cities and states switched to a “mitigation” approach, like closing schools and other social distancing measures. Now, much of the country is on lockdown (with a few exceptions).

To be ready for those measures to ease up, Redfield said his agency is ramping up America’s capacity to do more contact tracing. “We are going to need a substantial expansion of public health fieldworkers,” he said. This, along with ample testing, is what will be needed “to make sure that when we open up, we open up for good.”

The first step will be to expand testing, especially testing that provides rapid results, so people can get diagnosed quickly. Redfield’s agency has received a lot of criticism for failing to quickly deliver working tests to public health labs. (Redfield defended the CDC on this point, saying that when problems with the initial test were discovered, “we figured it out and corrected it. Somebody might say that’s botched — I don’t think that’s botched.”) Redfield said that now, testing capacity is increasing daily and that he’s encouraged to see that point-of-care tests that give results within minutes are starting to enter the market.

Given how laborious contact tracing is, that means bringing on a lot more people to do that work. Since state and local public health departments aren’t likely to have the staff to do this, Redfield suggested, the federal government will need to help. “We have over 600 people in the field right now from CDC in all the states trying to help with this response, but we are going to have to substantially amplify that,” he said.

For context, in February the World Health Organization reported that in Wuhan, China, to contain that outbreak, “1800 teams of epidemiologists, with a minimum of 5 people/team, are tracing tens of thousands of contacts a day.” And that’s just in a single city.

Redfield said it would be “premature” for him to specify how exactly the CDC will do this and how much staffing it plans to put in place. But he said an announcement will come in the near future. “Obviously, if we’re going to try to get this nation back to work shortly after the end of this month, we’re far along in those planning processes as we speak,” he said.

Other places — such as South Korea, Singapore and Hong Kong — that have been praised for success in “flattening the curve” of coronavirus infections have used methods for contact tracing that might not fly in the U.S. because of privacy concerns. For instance, South Korea uses a variety of tools such as surveillance cameras, cellphone data and credit card transactions of suspected cases to help map transmission.

Redfield left the door open for contact tracing in the U.S. to employ cellphone data. “People are looking at all the different modern technology that could be brought to bear to make contact tracing more efficient and effective,” he said. “Are there more tech-savvy ways to be more comprehensive in contact tracing? Currently these things are under aggressive evaluation.”

He added that ultimately it will be up to state and local public health departments to determine how to do contact tracing. The CDC is there, Redfield said, to offer technical assistance and to “augment personnel substantially.”

The Kaiser Family Foundation recently noted that state and local health departments are already stretched thin and that “only the federal government could truly bring order and achieve a national, coordinated effort on the scale (and expense) necessary” for contact tracing to be effective in the United States.

Redfield acknowledged the problem of public health neglect. “The reality is, for decades we’ve underinvested in public health,” he said. “So this is a time for us to reinvest heavily — get overprepared.”

Despite the enormous tasks ahead, Redfield sounded optimistic in his conversation with NPR, saying that he thinks we’re nearing the peak of the current outbreak in the U.S. and should see a decline in cases over the next few weeks.

“I think we’ve seen an enormous benefit of the social distancing guidelines, and this is really a credit to the American people,” he said.

But he emphasized that Americans can’t let up yet. It’s clear “this virus is extremely infectious,” he said, and moves fast. So until an effective vaccine is found and made available, our best hope for containing its spread is to fight back potential new outbreaks with public health workers on the ground.