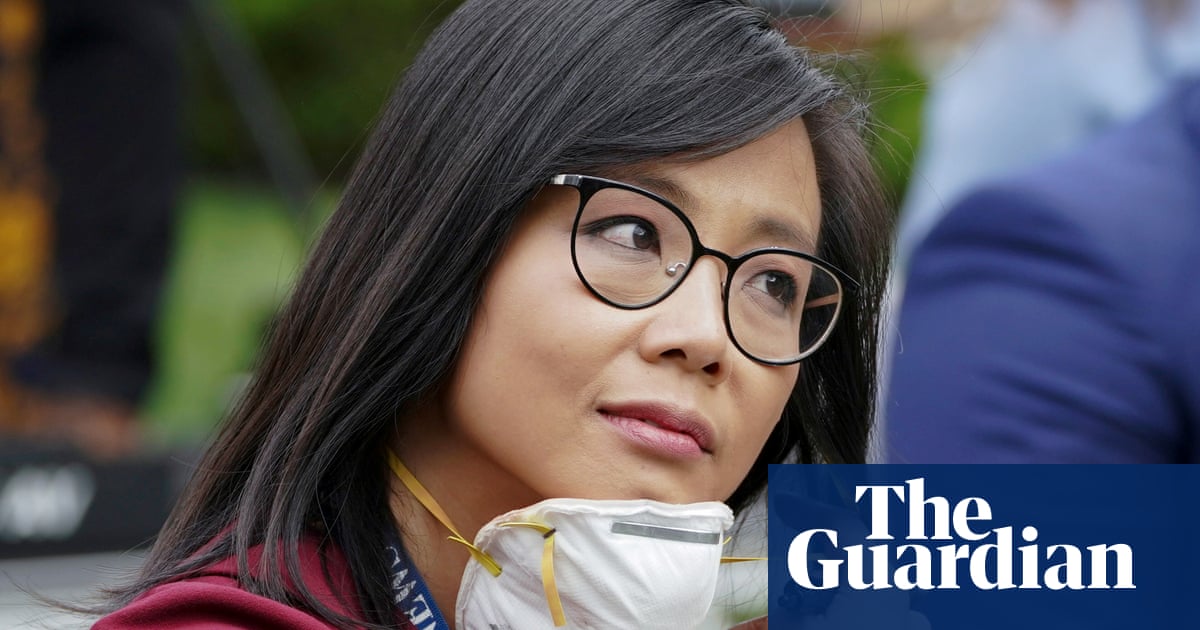 Donald Trump on Tuesday appeared to seek to continue a confrontation with a CBS News reporter which led to the president being accused of being racist towards Asian Americans.

Seeming to tweet in response to the incident involving Weijia Jiang on Monday evening, Trump wrote without offering evidence: “Asian Americans are VERY angry at what China has done to our Country, and the World. Chinese Americans are the most angry of all. I don’t blame them!”

At a briefing in the White House Rose Garden, Jiang asked the president why he continues to claim – wrongly, as he did again on Tuesday – that the US is performing better than other countries in terms of testing for coronavirus.

“Why does that matter?” asked the reporter, who was born in China and came to the US at the age of two. “Why is this a global competition when, every day, Americans are still losing their lives?”

“They’re losing their lives everywhere in the world,” Trump said. “And maybe that’s a question you should ask China. Don’t ask me, ask China that question, OK?”

The president called on another reporter but she paused as Jiang interjected: “Sir, why are you saying that to me, specifically?”

The president replied: “I am not saying it specifically to anybody. I am saying it to anybody who would ask a nasty question like that.”

The CBS reporter said: “That is not a nasty question.”

Trump then abruptly ended the briefing.

His comment was condemned as racist by some commentators.

The Democratic congressman Ted Lieu, from California, tweeted: “Asian Americans are Americans. Some of us served on active duty in the US military. Some are on the frontlines fighting this pandemic as paramedics and healthcare workers. Some are reporters like [Jiang]. Stop dividing our nation.”

Trump has clashed with Jiang before, and has been widely criticised for attacking female reporters, women of colour among them.

On Tuesday, CBS News said in a statement: “We fully support Weijia Jiang, the White House team, and every journalist at CBS News. Their work is critical to democracy and furthers understanding for the American public every day.”

The coronavirus outbreak originated in Wuhan province, in China. According to researchers at Johns Hopkins University in Maryland, there have been around 4.3 m cases worldwide and 287,000 deaths.

More than 80,000 have died in the US but Trump is seeking to reopen shuttered state economies, even as his top public health adviser warns that to do so “will only result in needless suffering and death”.

The president and his administration have sought to blame China for the crisis, referring to the virus, known as Sars-CoV-2, as the Wuhan or Chinese virus.

Civil rights groups have expressed concern about Trump’s comments about China and the virus and the effect they may have on public behaviour towards minority groups.

In April, American Civil Liberties Union deputy legal director Cecillia Wang wrote that attempts to blame China “run against the advice of the World Health Organization and the Centers for Disease Control [and Prevention] that such labels lead to dangerous scapegoating and widespread ignorance, just when accurate public health information is critically needed.

“In propagating this smear, these officials have fomented racism and overt acts of harassment and violence against Asian Americans.”

News is under threat …

… just when we need it the most. Millions of readers around the world are flocking to the Guardian in search of honest, authoritative, fact-based reporting that can help them understand the biggest challenge we have faced in our lifetime. But at this crucial moment, news organisations are facing an unprecedented existential challenge. As businesses everywhere feel the pinch, the advertising revenue that has long helped sustain our journalism continues to plummet. We need your help to fill the gap.

We believe every one of us deserves equal access to quality news and measured explanation. So, unlike many others, we made a different choice: to keep Guardian journalism open for all, regardless of where they live or what they can afford to pay. This would not be possible without financial contributions from our readers, who now support our work from 180 countries around the world.

We have upheld our editorial independence in the face of the disintegration of traditional media – with social platforms giving rise to misinformation, the seemingly unstoppable rise of big tech and independent voices being squashed by commercial ownership. The Guardian’s independence means we can set our own agenda and voice our own opinions. Our journalism is free from commercial and political bias – never influenced by billionaire owners or shareholders. This makes us different. It means we can challenge the powerful without fear and give a voice to those less heard.

Reader financial support has meant we can keep investigating, disentangling and interrogating. It has protected our independence, which has never been so critical. We are so grateful.

We need your support so we can keep delivering quality journalism that’s open and independent. And that is here for the long term. Every reader contribution, however big or small, is so valuable.