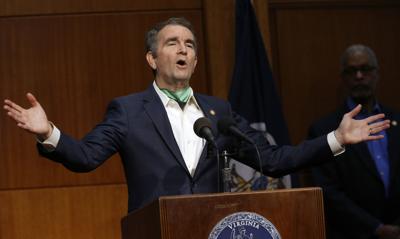 Virginia’s count of COVID-19 tests to date includes results from 15,000 as-yet unreliable antibody tests, skewing the state’s testing capacity and its outlook on the spread of the virus, albeit to a small degree.

The Virginia Department of Health shared the new figures Thursday, as it faced public criticism for muddying the state’s COVID-19 data by lumping together diagnostic and antibody tests. Many of the antibody tests on the market have not been vetted by federal regulators and do not measure the current spread of the active virus, unlike the diagnostic tests used by health care facilities.

Gov. Ralph Northam, a physician, said Thursday via Twitter he had not been aware the two types of tests were being combined.

“[VDH] has been reporting all tests, regardless of the type of test, since the beginning of this health crisis. When I found out recently that data from all types of tests were being combined, I immediately directed that the diagnostic tests be separated out,” Northam said.

The Richmond Times-Dispatch first reported Saturday the state was combining test data. The department faced additional pressure Thursday, when the national news magazine The Atlantic highlighted the practice, and disputed claims by Virginia officials that many other states also were including antibody tests in their total testing counts.

Public health experts have rejected the practice of combining the results of the different tests, which they said can skew public understanding of the spread of COVID-19.

The positive rate — the share of positive results among all tests — is a key number state officials use to make decisions about restrictions. With a higher number of tests in the state’s log, Virginia’s positive rate was skewed down by a percentage point, from 15% to 14%.

Jennifer Nuzzo, an epidemiologist and public health expert at Johns Hopkins University, said the two types of tests should be separated for analyzing the spread of COVID-19.

“It is a totally different type of test, and it’s not clear what the validity of those tests are. It’s true that you can use [antibody] testing to understand what portion of the population may have been infected in the past, but you can’t understand that based on looking at the group of people that saw an ad and decided to get tested.”

In a statement Thursday, VDH said: “Antibody tests make up less than nine percent of overall tests. When these tests are removed from total results, there is minimal change in the percent positive of tests and no difference in overall trends.”

Antibodies are proteins that help fight off infections, and their presence in a person’s bloodstream can signal a previous infection.

While Northam said he had not been aware of the practice, his chief of staff, Clark Mercer, and other administration officials defended the decision to combine them during a briefing with reporters Monday.

Virginia Health Secretary Dan Carey said Monday: “Without [federal] guidance, we went for as much testing as represented in the community. Going forward, we’ll look into how to untangle those.”

House Minority Leader Todd Gilbert, R-Shenandoah, said in a statement: “It’s incomprehensible that a doctor would allow the manipulation of testing data to occur.”

“Today’s story in The Atlantic amplifies what the Richmond Times-Dispatch had already reported: Doctor Northam and his team are committing malpractice with Virginia’s testing program. The Governor recently stated that ‘Virginia is in a good place.’ The Atlantic’s report contradicts that claim and undermines any faith in what’s been communicated to Virginians about testing in the commonwealth.”