The Pentagon, currently run by a Joe Biden nominee, has just approved an extension of the National Guard presence currently occupying the nation’s capital, as Reuters reports:

“The Pentagon on Tuesday approved a request to keep about 2,300 National Guard troops in Washington to help protect the U.S. Capitol for two more months.

The number is about half of the 5,200 National Guard troops currently patrolling the Capitol.

Since the Jan. 6 attack on the seat of the U.S. Congress by supporters of then-President Donald Trump, National Guard troops have been dispatched to the grounds and tall fencing has been erected to extend the security perimeter.

“This decision was made after a thorough review of the request and after close consideration of its potential impact on readiness,” the Pentagon said in a statement.

It added that over the next two months, the Pentagon would work with Capitol Police, who made the request, to reduce the troop presence “as conditions allow.”

The Capitol Police said in a statement it was “extremely grateful” for the Pentagon’s support. “The National Guard has played a critical role to the department’s enhanced security posture,” the statement said.

Some U.S. defense officials, speaking on condition of anonymity, have said they are not aware of intelligence that requires a large military presence around the Capitol.

Federal prosecutors have charged more than 300 people for involvement in the Jan. 6 attack that led to five deaths, including that of a police officer. Those arrested include members of armed militia groups such as the Oath Keepers and the Three Percenters.

A report unveiled on Monday recommended using “mobile fencing” to protect the Capitol and urged the creation of a rapid-reaction response force in Washington, while calling the Capitol Police poorly prepared for the attack on the building.”

Approximately 50 #NationalGuard personnel were treated for gastrointestinal issues after eating what was described as poorly prepared food, a #Pentagon spokesman said. https://t.co/XFrO92uUoK

Democrats have no intention of allowing things to return to normal in the nation’s capital.

My prediction is there will always be new threats just around the corner requiring National Guard troops to stay longer. 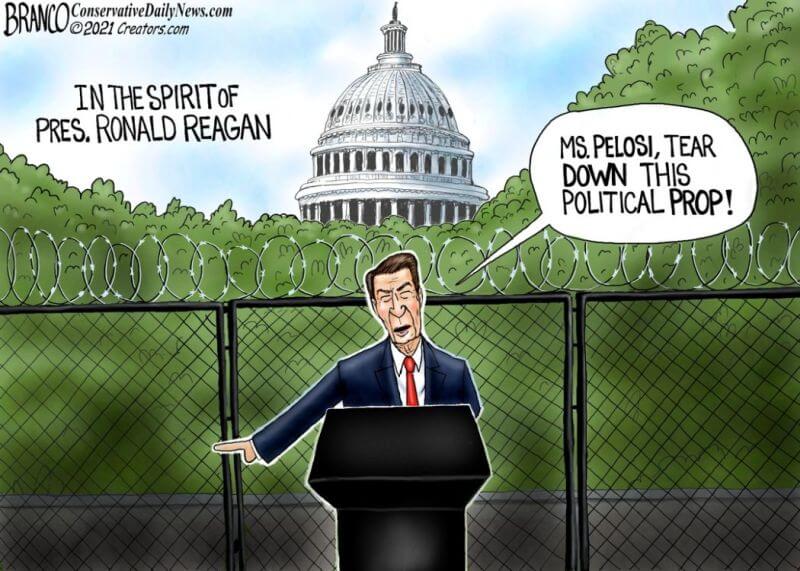 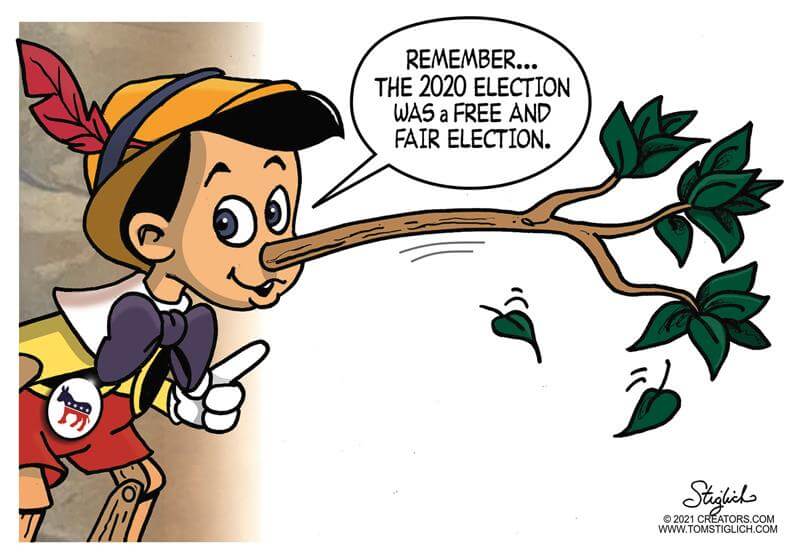 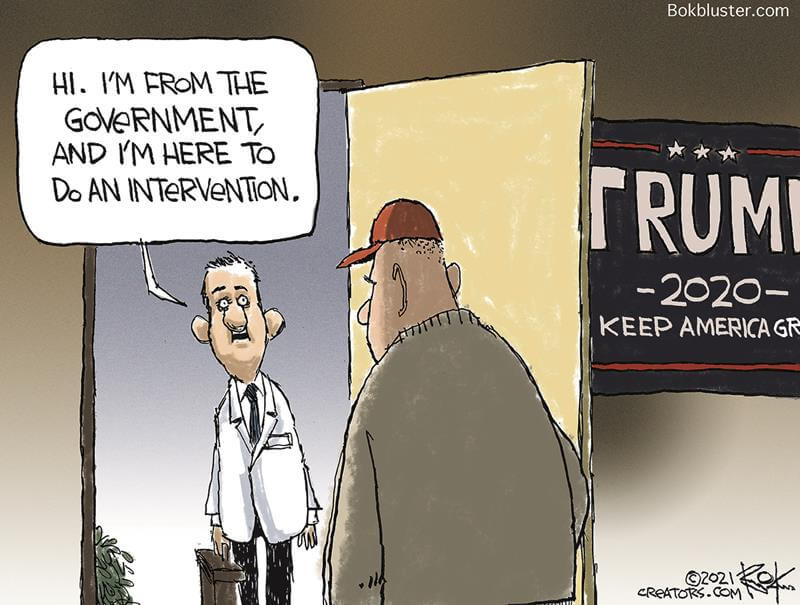